Lori Pauli is the Associate Curator of Photographs at the National Gallery of Canada, home to more than 25,000 photographs in a collection that started in 1967.

She has recently put together the exhibition 19th-Century British Photographs; the third in a series of five exhibitions of selected masterpieces of the collection of the National Gallery. This exhibition traces the development of photography in Britain over the course of the Victorian era; from early, salted paper prints, to daguerreotypes, to magnificent turn-of-the-century platinum prints. 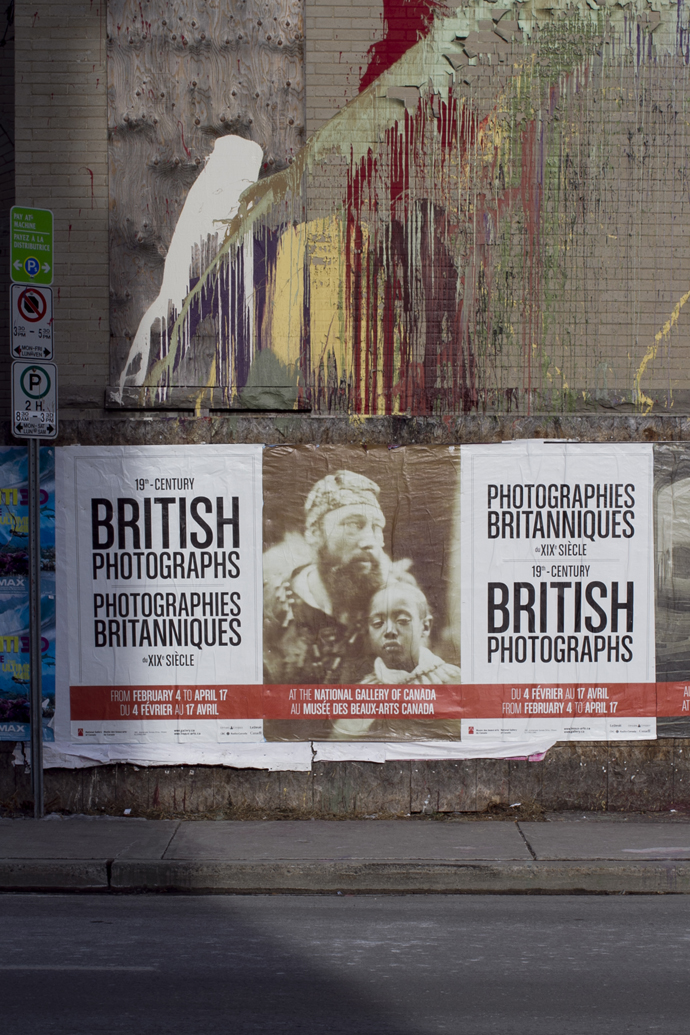 I met Lori at a guided tour of the exhibition. Ann Thomas, also a curator at the National Gallery, whom I had met in one of the events I organized introduced me to her and we briefly talked about meeting up to chat about Mexican artists included in the collection amongst other things.

Not too long after we met and talked about astrophotography, the Moderna Museet in Stockholm, Ron Mueck, her twin sister and some of the cultural differences I have noticed while in Canada.

For my first contribution to The Stimuleye, I will be sharing some of the questions I had for her on the exhibition.

Miguel Batel: How did the idea for this exhibition came together?

Lori Pauli: Basically, with our drawings collection we started a series of exhibitions based on our holdings, so we decided for photographs we would do the same thing. The first one was modern photographs from the collection, then we did 19th-Century French, and after this it will be American Photography from 1900 to 1950.

The fifth probably will be either American 1950 to the present, or possibly our holdings of Canadian photography. 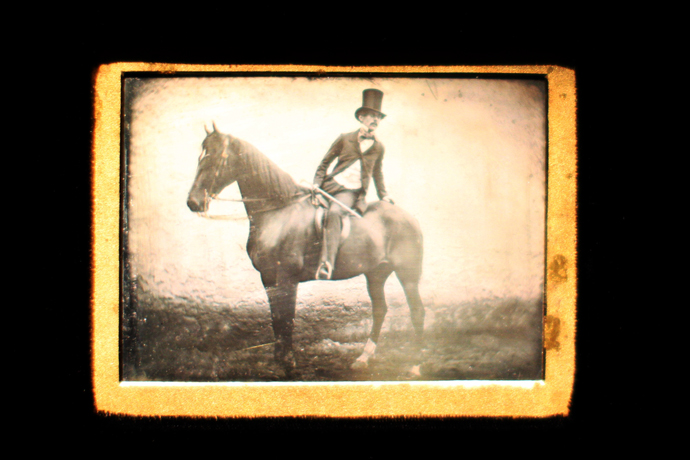 Will this exhibition be travelling?

It will, I’m not sure exactly where it’s travelling, we have had interest from across the country,  and we are just deciding where its going to end up.

How many photographs did you have to go through, and how many are currently exhibited?

There are about 112 photographs in the show, and I think I went through 2,000 in terms of 19th-Century photographs from the collection, so there was quite a bit to choose from, which was great.

The exhibition features some of the earliest photographic techniques. Which are some of the photographs you would consider to be the most important?

Well, of course some of the earliest would be the daguerreotypes, and we have a really great daguerreotype, that is quite large format; I don’t know if you remember it, but its of a man called John Berret Nelson and its around 8” by 10”, its fairly large compared to what normal daguerreotype sizes are. It’s called a mammoth plate, its beautifully created – masterfully crafted- and it comes with its original frame as well, so that is a real gem in the collection.

In terms of British we have a lot of salted paper prints by William Henry Fox Talbot, so those are other also really important pieces, because that’s the inventor of paper photography, it’s really great to have those. 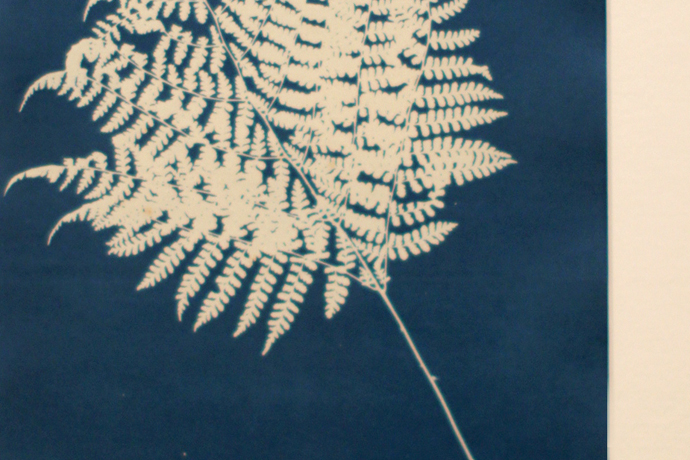 Are there any borrowed items?

No, it is all from the collection.

You acquired some photographs for this exhibition, any specially difficult one to get?

One of them was the piece of armour, we think its by a woman called Jane Clifford. She was married to Charles Clifford, who was the most important photographer working in Spain. He made a lot of use of Queen Isabelle II construction projects and he did use of her armoury and her treasures. We recently acquired that. 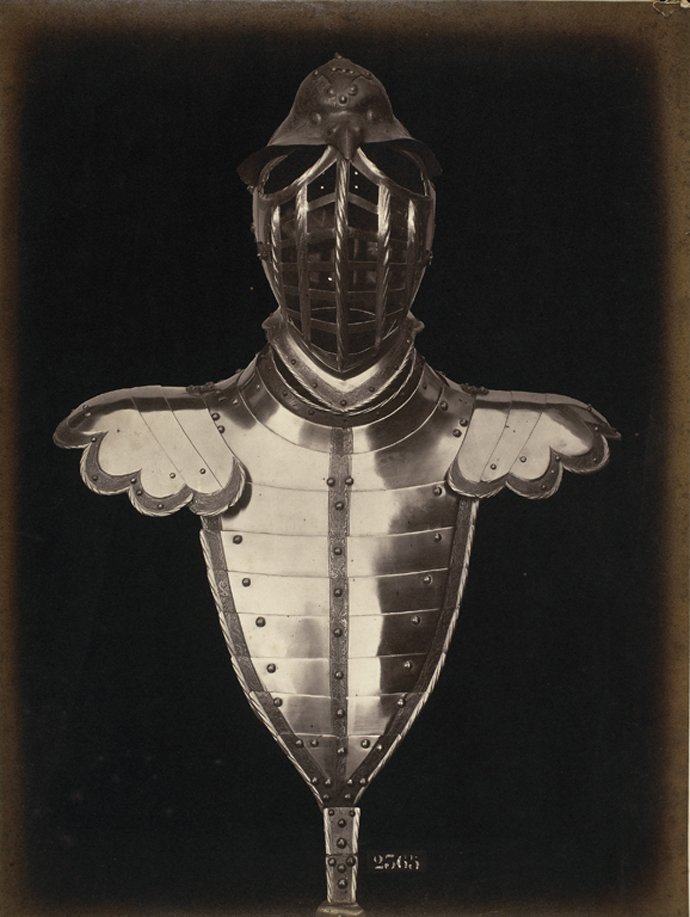 We bought three of these photographs, but we are not quite sure if Jane just made the print or if she was behind the camera…

Another recent acquisition is the Wells Cathedral by Frederick H. Evans; he kept out any kind of reference to the present day or any kind of additions that would have been put on and just kept it to its original architectural features.

How did you get involved with photography?

I was actually in a dance programme, and I took a course in dance criticism but the only way we could criticize dance other than watching films was to look at photographs and write a review based on the photograph. Then I realized I liked photography more than dance (laughs).

Then I took a few courses on history of photography, but you couldn’t get a degree here in Canada, so I completed a degree in art history. I wanted to work on Degas and his photographs, but I ended up working on his landscape paintings; and then I came here to work on the Degas show in 87’ or 88’, when we first moved into this building.

This is a wonderful building by Moshe Safdie, how is it for working?

Its fantastic and it’s great for exhibiting. The curators were actually involved in discussions with Moshe Safdie, so for photography we wanted the ceilings to be fairly low, and we didn’t want windows or natural light in order to protect the works. It’s a great building. 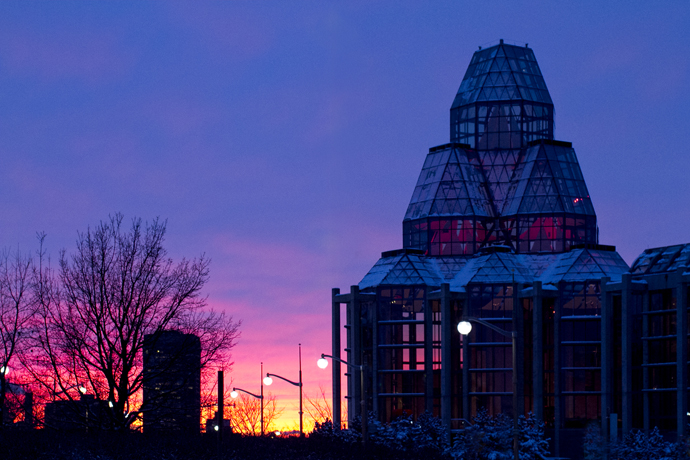 What are some of your next projects for the NGC?

I’m also doing an installation on hands including prints, drawings, photographs and even sculpture, so its all images of the hand that artists have done. There is even a Ron Mueck hand that was a small prototype study for one of the baby sculptures he did. I decided to do it because its a subject artists have always done, its sort of readily available and they can draw their own hand or photograph their own hands… there are about fifty objects.

We have great photographs by a contemporary American photographer called Gary Schneider who basically presses his hand up on the emulsion of film, and the image is actually just made of the heat of the hand; It’s almost a self-portrait in a way.

Tell me more about some of your personal favourites on this exhibition.

One of them would have to be Poor Jo, the one on the cover of the catalogue. It is by a Swedish photographer called Oscar Gustave Rejlander, but he only worked in England. I have always been interested in the idea of staged photography and acting in photography, and we has one of the first to do that. 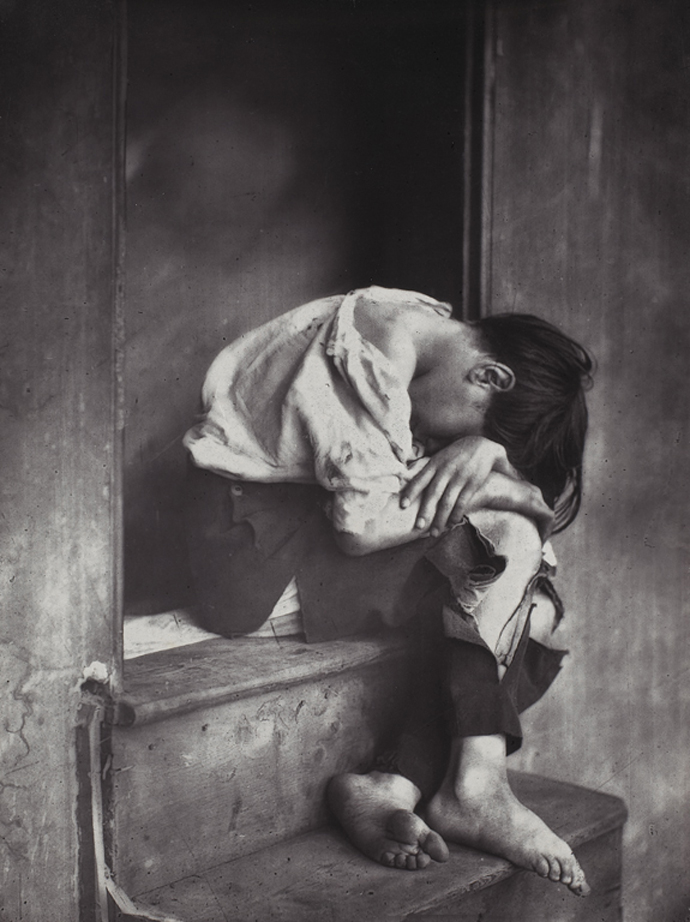 He did a really famous one called The Two Ways of Life, and it was scandalous in its day because it included naked women and Queen Victoria actually bought a copy of it. I would actually like to do an exhibition on his work.

I also really like this daguerreotype by John Benjamin Dancer. The portrait is of a man called Richard Buxton who was botanist and was known by cataloguing and identifying all the flowers and ferns within sixteen miles of Manchester and he wrote a book on this. But it turns out he was by day a shoe-maker, and was famous in scientific circles for this publication; today it would never happen. 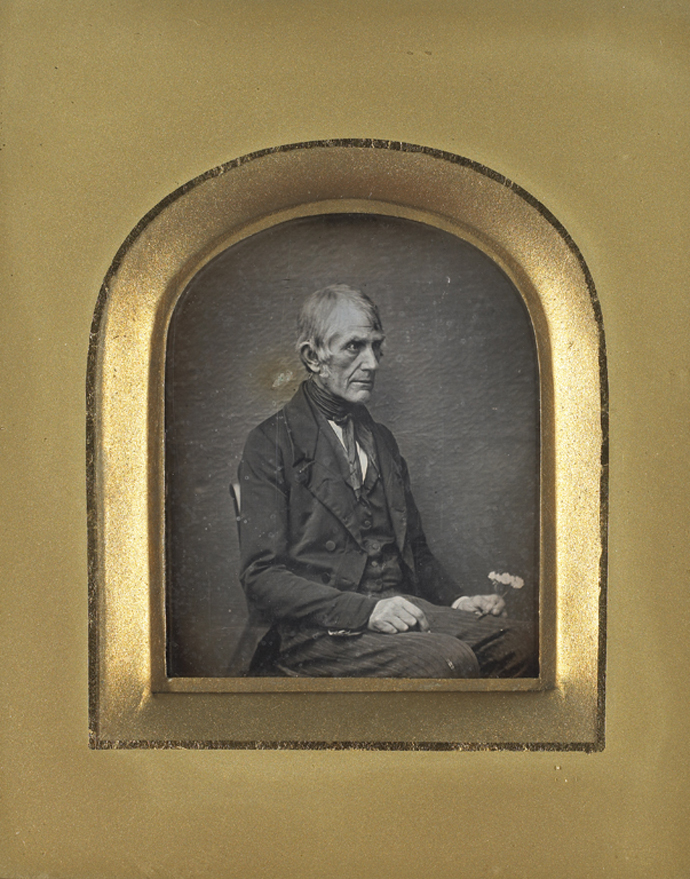 He’s very humble, apparently he was born to a fairly well off family, but they came on to hard times, and he had to drop out of school at an early age so he lost the ability to read because he only got a smattering of it at the beginning. So it is remarkable that he could compose a book in adulthood. I just like that picture a lot.

Where did the quotes come from?

I took them from all different places. There is one of John Herschel I took from a letter he wrote to Talbot, it was his reaction to first seeing a daguerreotype. He was working with Talbot on the paper photograph process, but he saw the daguerreotype in France he wrote back very excited saying ¨you’ve got to see this things, they are pretty miraculous”. 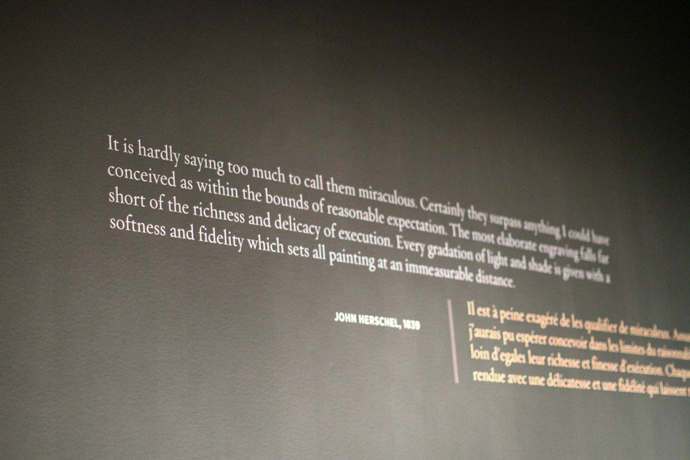 The one from Julie Margaret Cameron its published in her book “annals of my glasshouse” but I like the way it talked about how photography affected her family life, the fact that she was staining dining room tablecloths and things like that.

I just like to give a feel to the times… 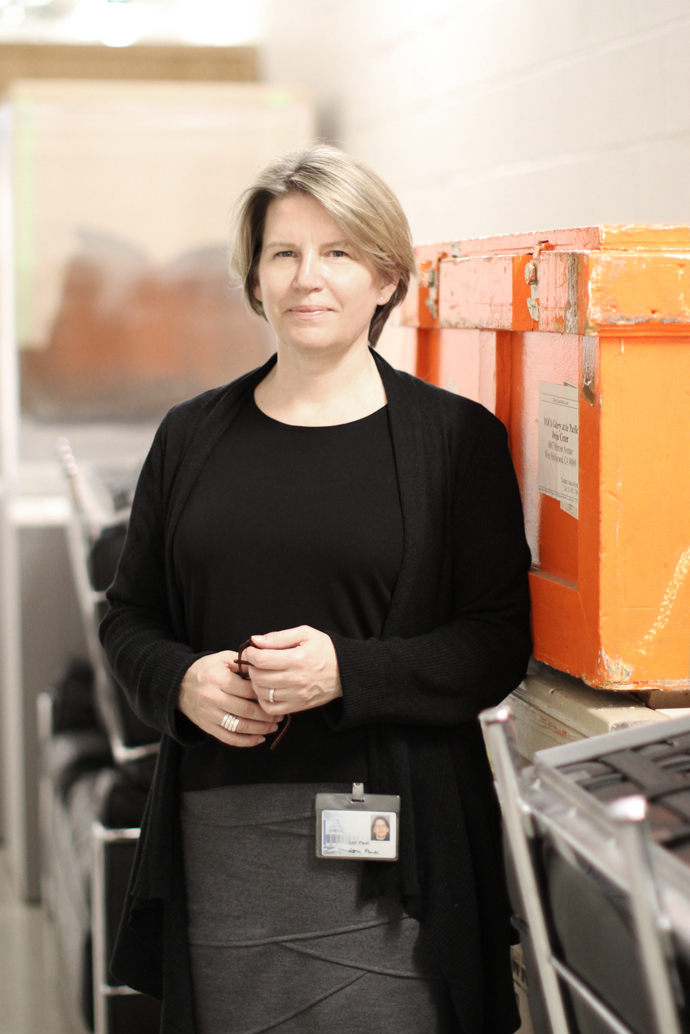