“An artist has to be aware of his own mortality” 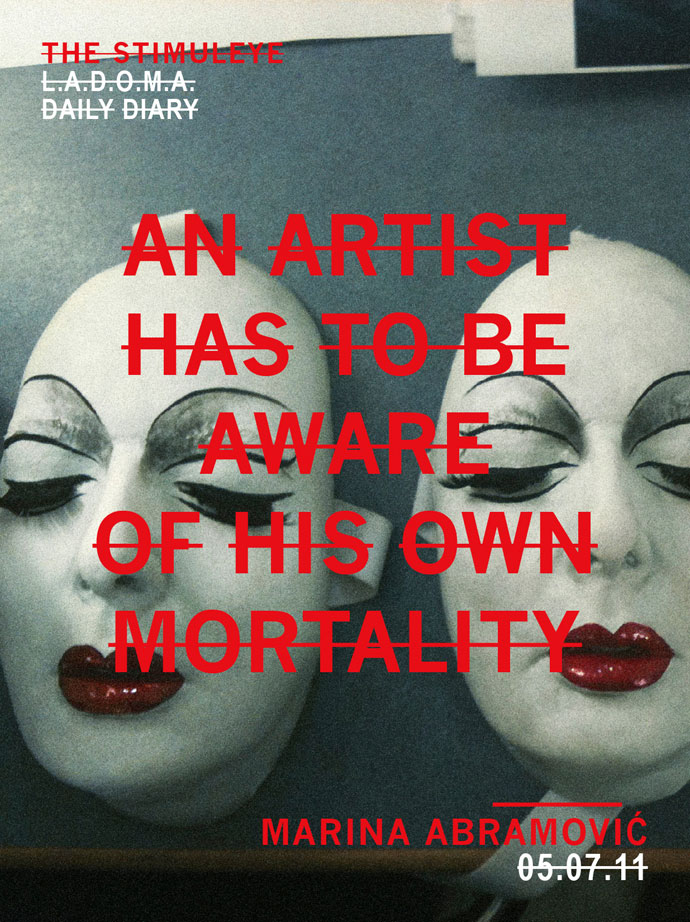 MASK
Its raining in Manchester. Although sometimes not.

The first preview went on stage under the roof of that building where his architect threw himself from his landmark tower to death.
Marina thinks there must be some energy left from this.

At Marina’s funeral, who do you expect to see in the coffin? Marina, obviously. Since we have three people in both of Marina’s funeral scenes, they decided to make everyone wear “Marina masks” so that everyone would look like her.

We call them “Marina Death Masks”. They looked much more morbid before they put makeup on them…