The Stimuleye is proud to announce its new eye, created by artist Marc Turlan.

I had the pleasure of meeting Marc Turlan in his atelier in 2007 when making the first teaser for the Hyères fashion and photography festival.
For what was to be his first solo exhibition, MANQUE (“lack”), Marc had prepared a series of sculptures based on magazines partially hidden under resin-masks. The result was very Friday the 13th.

Then in 2008, Marc made a limited series of sculpted magazines, TORN MAG.
He carved magazines, as objects, blindly, until their substance was exposed. Since then, his work has evolved to ink drawing, laser cutting, metal beading… on magazines. 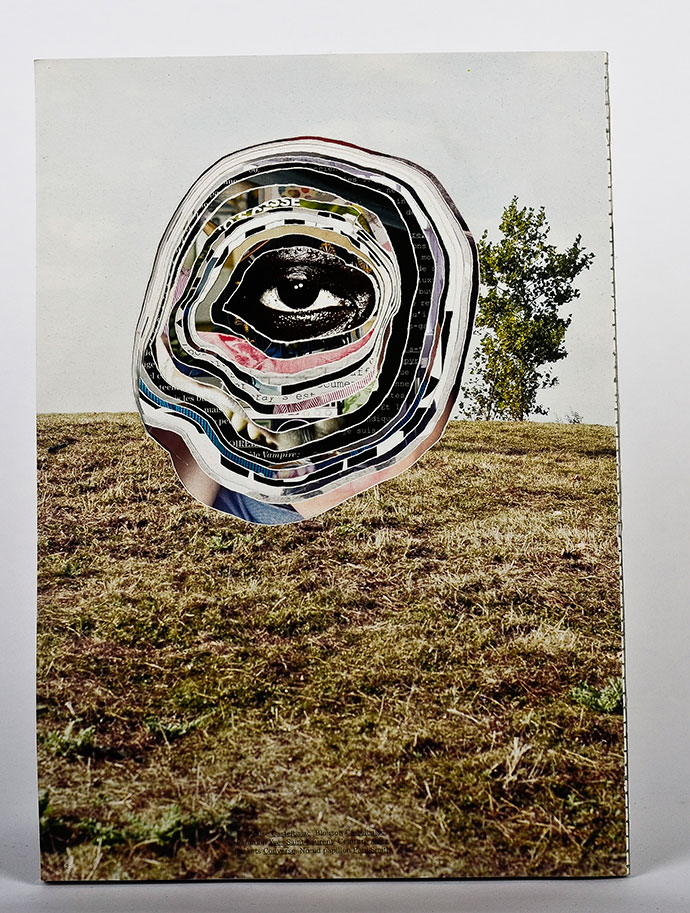 Last year, Marc returned to Hyères with a new exhibit inside a custom-made wooden bunker, SUMMER HOUSE, which is featured in the upcoming film “25 Hyères”.

Marc is now planning a book for May with Rue 89, and his first solo show at Anne de Villepoix in September 2011…