An artist or a milliner, a sculptor or a fashion creative, Rein Vollenga is a true artist, teetering between both fields with optimistic and unconditional inspiration.

Ever since he first revealed his works to the public back in 2007, Dutch Vollenga’s career seems unstoppable, counting numerous collaborations with the likes of Lady Gaga, MUGLER, Johnny Woo, Marcel Fengler, Mc Kinki, Tiga… 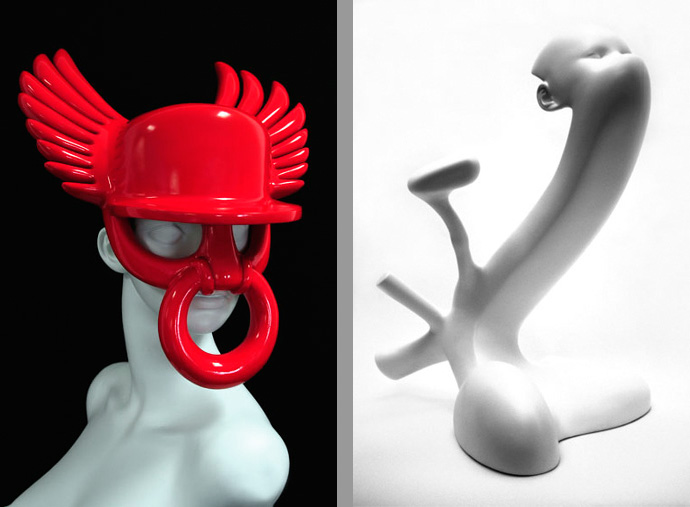 His works have been triumphantly presented in the most prestigious publications like Italian Vogue, Interview Magazine, Dazed, i-D, Vman as well as was featured in notorious web links like ShowStudio, Style.com and The New York Times not to mention Museums like Neues.

Two days before the opening night featuring his participation at “I WANNA DANCE WITH SOMEBODY” (a project headed by Lars Laumann presented at The Hague’s West Gallery) I had a chat with him for The Stimuleye. Lets dive in our conversation at the moment I was trying to explain the dramatic changes Greece is going through…

FILEP MOTWARY: So, yes back to drama….

FilepMotwary: How does drama reflect in your work then? The forms you create are not happy yet neither sad. But there is always some kind of expression in them that leads one to wonder what the situation behind those faces is about…

ReinVollenga: My work is never a reference to just one specific thought, but if I can somehow invoke emotion, make people think or stimulate and inspire somebody then I’m happy.

I don’t want to teach or force people to learn something, as Art is a really personal experience, a fantasy or illusion. Artists should treasure that and exclude their own vanity in spite of excluding the viewer. I feel I don’t need to change the world either, neither can I.

I can only interact or have a dialogue with the viewer through what I create. I would love to change the world but it doesn’t make sense, forcing people to believe in something they don’t understand.

In my sculptures I like to attract the viewer through the beauty reflected in them. By looking closely at the piece, it will reveal by itself, something that might not be so pleasant at the end. This is the kind of contrast I like!

FilepMotwary: I like your way of thinking. Yohji Yamamoto once stated, “‘an artist is somebody who creates things that you don’t need’.” How do you see art?

Rein Vollenga: Art to me is an experience, Illusion or fantasy. It’s something that triggers your mind and keep you fantasizing. 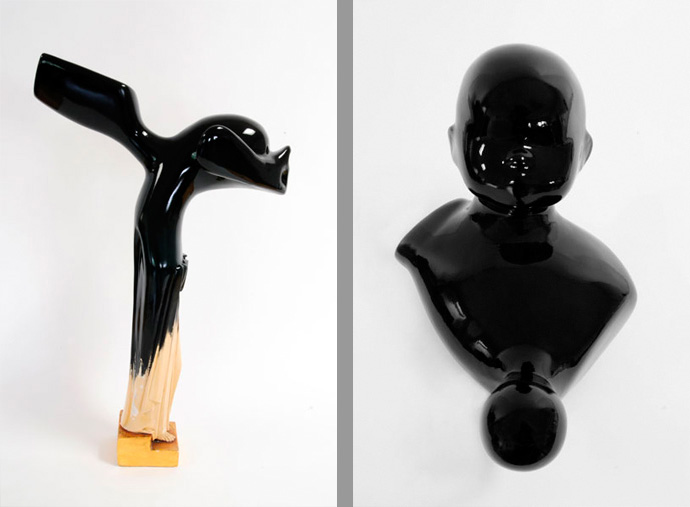 FilepMotwary: So, now you are in The Hague for your new show, “I wanna dance with somebody”. What is it about?

Rein Vollenga: Gallery West approached video artist Lars Laumann to create an exhibition. Laumann invited 3 other fellow artists, including me, from different backgrounds to work with him. Although what you are about to see is still in process – as we’re going to work in the gallery this coming week- our result will be revealed on the 2nd of April.

The exhibition is going to be multimedia, consisting out of graphic art, photography, video and sculpture. My contribution consists with a sculpture and a video installation.

FilepMotwary: How long have you been working on this project?

Rein Vollenga: Since a few weeks now, I’ve created a sculpture in my studio in Berlin that‘s will be finalized here in The Hague.

FilepMotwary: Please talk to me a bit about your sculptures, the process the creation in general.

Rein Vollenga: The sculptures I create are made of assembled objects, covered in an epoxy layer and are precisely melded, sculpted, sanded and spray- painted all by hand. The pieces may look like they’re multiples, but they are one-off pieces, single, traditionally handcrafted objects.

FilepMotwary: Mmm nice. I wonder how long it takes you to finalize a sculpture and how many people help you?

Rein Vollenga: How long? Mmmm.. Well, it depends on the project. But I mainly work alone.

FilepMotwary: What are the possible difficulties that might occur while creating a piece?

Rein Vollenga: Too many (laughs)

FilepMotwary: It’s impressive that you also work solidly for fashion, participating in impressive projects every now and then. How do you see fashion as a parallel to the art you are creating?

Rein Vollenga: In art school I’d experiment with video and created complete settings, outfits and make-up as well as direction as if all of that couldn’t be crazy enough! In that period I would work with several performers and loved that interaction since, somehow, they brought my work to life.

My studio is based in Berlin in the multicultural area of Kreuzberg, where a lot of different nationalities live, people of opposite backgrounds, international artists and musicians, a place where also the straight and gay culture merge.

This led to an open and vibrant atmosphere that resulted to great collaborations or opportunities.

In the past I mainly exhibited my sculptural works in galleries and museums. I’ve always experienced this format of showing my art as very sterile and distant, somehow, to the viewer. Nevertheless, it didn’t connect with my vision on art. This experience brought me back to basics and I started to work again with video-makers, performance artists, musicians, pop stars and fashion designers.

I’ve worked with many talented performers; the likes of Japanese experimental pop-star Hanayo and the London underground scene performers like Feral aka Mc Kinki and drag legend Jonny Woo.

These collaborations developed into something very organic.

Lets put it just like it is! I loved they’re work and they loved mine! It just felt right to me. That was the point when I started working on show outfits that slowly, in time, transformed to ”wearable sculptures”.

The objects I create are not necessarily wearable, or better say, not very comfortable. In the first place they are objects, objects that function independently. The performance aspect puts them in a different or specific context that interacts only between the object and the viewer. The performer brings the pieces to life. I like to show my pieces on a different platform than the traditional ways of galleries or museums because I feel that, another option in presentation automatically creates a wider perspective on sculpture and shows the pieces to a wider audience that probably doesn’t visit such show-spaces. 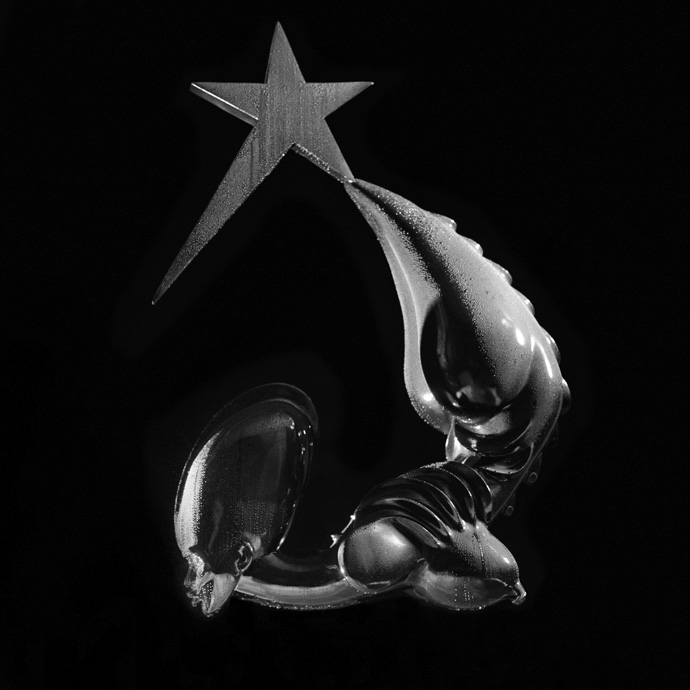 FilepMotwary: The world of fashion was stunned with the video release for Mugler’s FW 11/12 collection. The sculpture looked like an Alien creature, a truly innovative idea. What did Formichetti want to achieve though your collaboration you think?

Rein Vollenga: For Mugler, Formichetti approached me to create some objects for the FW 11/12 Women’s collection.

Nicola Formichetti is a master in getting all kinds of creative people collaborating. He knows how to use aspects from sub-cultures or the underground scene and translate them into high-end fashion. That’s a true talent, it shows real skills. He also knows how to push the boundaries. He kind of forced me to create wearable sculptures for the collection (laughs!)

The inspiration for the MUGLER collection came from strong super-women, African art (which I feel closely connected to), and disparate points of art history – for instance the art of Giger- surrealism and evolution, all the things that I love basically. So this collaboration was right up for my street. 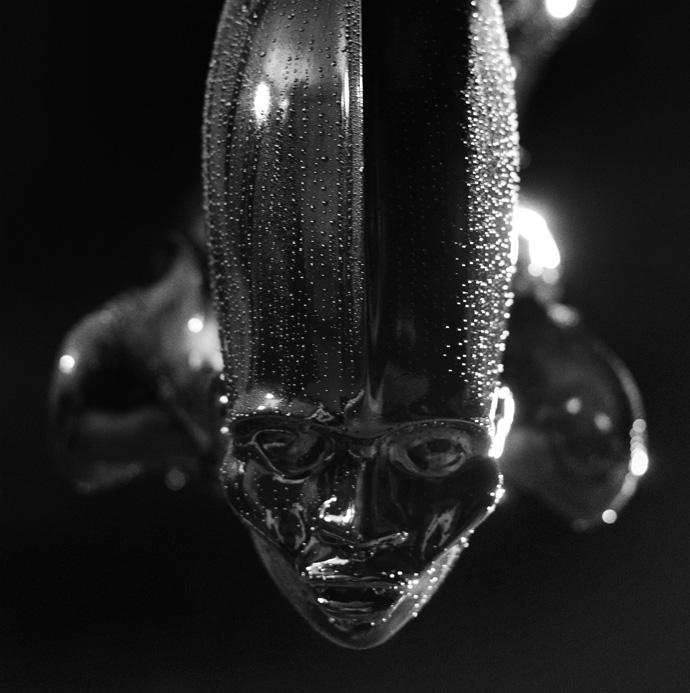 FilepMotwary: So tell be a bit on how everything started for you…

Rein Vollenga: (Laughs) Originally I’m from a Dutch small town called Eindhoven and studied at the Royal Art Academy of Den Bosch. After my graduation I worked free-lance for Dutch artist Silvia B.

Silvia is one of the first artists that I’ve closely worked with. We share a lot of similar interests. I learned a lot from her, but she especially showed me that you “don’t have to commit murders, go over people’s dead bodies or be a bitch to make it”. If you’re just honest, passionate and open, your profession will find the surface and appreciation in the society around you. Just be true to yourself and to others.

FilepMotwary: Yes, from personal experience I know that we all carry some references from childhood that are later reflected somehow in what we do. As a designer, it happens to me all the time. I’m always like “oh where did this come to me now…I think, and indeed 90% comes from childhood, even unimportant incidences. And the truth is that I do like the same things I liked back then, as a kid. Only now I understand them and see why I carry them in my head…waiting for the right moment to pop them out…

Rein Vollenga: Well… I understand but nothing concrete pops in my mind. I’ve always been a dreamer and never understood the purpose of primary school and still don’t, to be honest. That’s hell for creative people anyway. I always wanted to go home fast right after school, to do what I liked: creating plays for fiends and family and drawing. I used to know how to play many music instruments. Performing was my first love as a kid!

I did a lot of theatre and dancing in the past and even got involved into musicals at some point. That killed it for me and really made me hate it all. Anyway, I’m out of that now.

I still dance but only at the clubs of Berlin…That’s enough for now though I don’t want to exclude anything for the future.

FilepMotwary: Now that you mention your family. How did they support you all the way so far?

Rein Vollenga: They always fully supported me. I think for them it was clear from the beginning. I was only interested in music and art. It was more the question how I would position myself in society and make a living.

FilepMotwary: And do you make a living?

Rein Vollenga: Yes I live and do everything I was meant to do in life. I’m a happy boy! A happy man 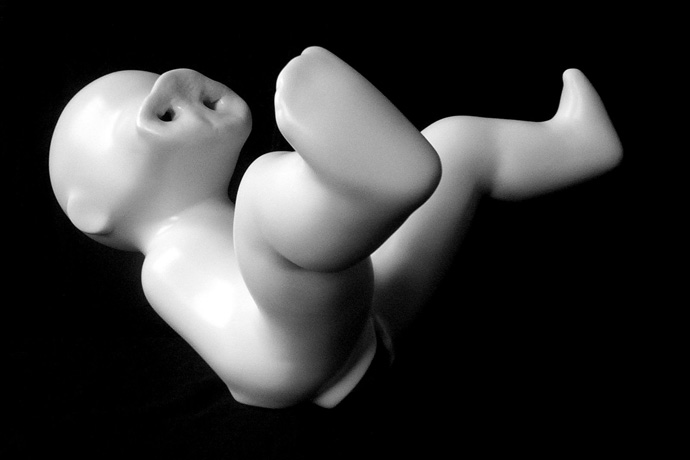 FilepMotwary: Rein, I wanted to ask you how does it feel, this need we artists have to create, the erge…? What are you own personal symptoms?

Rein Vollenga: I have a big need to create all the time. Making objects is my passion. I create a piece almost everyday. If I don’t have the opportunity to work I feel miserable to the core. So it comes from deep within and work really makes me passionate about life.

Rein Vollenga: Each collaboration is different from the other. This sort of “ideas exchange” goes back and forth and I like it. Sometimes it really surprises me completely how things can be lifted to a higher level out of nowhere.

FilepMotwary: How do you work with others?

Rein Vollenga: When I work with a designer or a creative director, musician or stylist, we always discuss our ideas, the inspiration, the references or concepts. From there I need some time to create alone, using my hands in my studio. My creation processes is very physical I may say, though I don’t start my ideas with a drawing like a fashion designer does. I need to feel everything with my hands, literally.

FilepMotwary: I see… I would ask you to share your short coming future plans if possible. What to expect from you after The Hague?

Rein Vollenga: Well…I’m in collaboration again with Jonny Woo who is hosting the LOVEBOX Festival in London in May. Also I’m creating some wearable sculptures for his performances. For the same festival Feral aka Mc Kinki will be also be present wearing a showpiece I am working on for her.

FilepMotwary:Before I let you continue with your work, I would like to know which was the most stimulating thing you saw or experienced lately?