Beyond its famous fashion & photography festival, Hyères’ Villa Noailles hosts throughout the year a number of photography, fashion, design, architecture and film-related events.

For the annual photography commission, fashion photographer Cécile Bortoletti captured the Mediterranean flora of Hyères over the course of one year, her visions now revealed to us in a new exhibition, “sur-nature”… 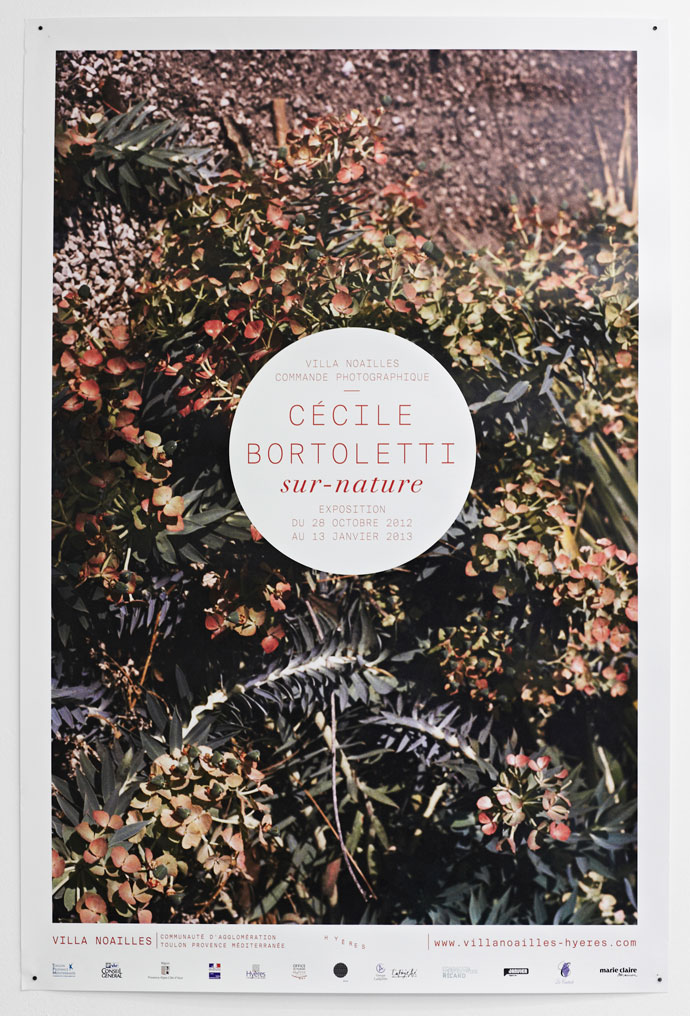 AA: But there’s also a reference to the super-imposition which takes place in some of the pictures…

CB: It was rather complex to get a complete vision of nature around Hyères, very bountiful, luxurious…

I live in the countryside, i take pictures of special moments, but to do something like this, like a one year long walk, I had never done. I had done a series of trees at night for a UNESCO/CNRS exhibit about black matter, with a more scientific aspect, but it wasn’t so scattered in time, with all the seasons, like this project.

RH: What was the challenge compared to your editorial work ?

CB: Managing time… I’ve never worked one year on a project. Even if you know the end date, the exhibition date, it’s difficult to manage it. When you work in fashion, you’re on an addict schedule, everything is last minute, very fast.

And here i was working alone, with a lot of time, many kilometers to explore, time to think, changing weather and moods, and each time I came I thought it was better than the previous time.

It’s a matter of stimuli. I learned many things but I was happy that it ended, it was very intense. 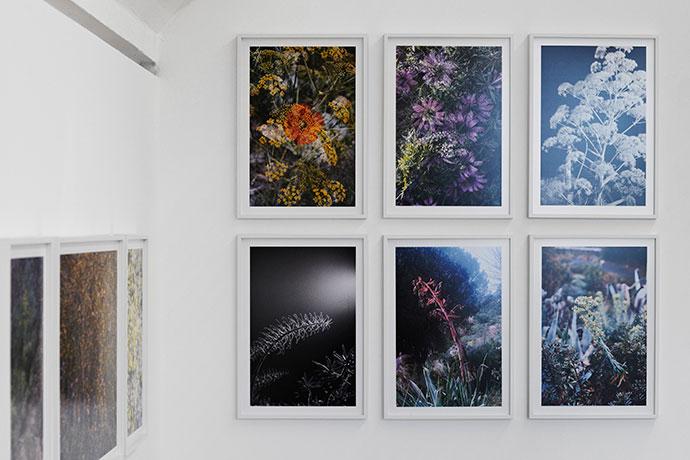 AA: You’ve come to Hyères for a long time… did some things still surprise you ?

CB: Now I know it much better, I can find my way, and I’ve discovered the salt marshes and its flora, with impressive survival strategies. I didn’t know about that at all, it was a bit like desert flowers…They’re emotional because they look fragile but in fact they’re tough.

As a whole the exhibit shows the fragility of nature, because many times one week later flowers I had shot would no longer be there. 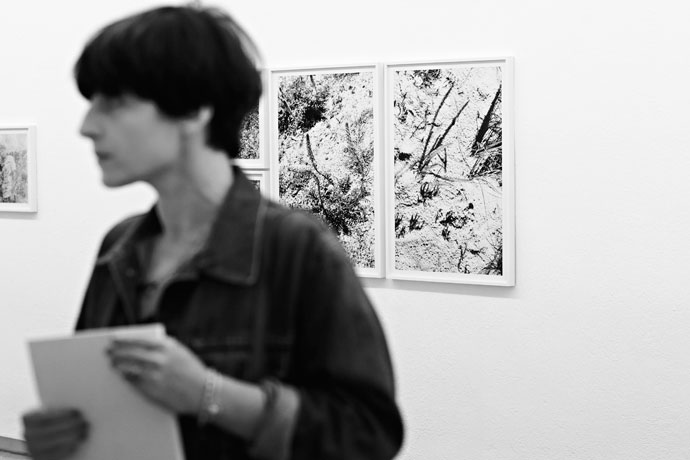 AA: There’s also the film about the palm trees’ sickness…

CB: When I arrived here I didn’t know about this disease which eats the palm trees from inside out, and to save them they are shaved and trimmed. So I met with the palm tree rescue team, and followed them as they tried to save the trees and stop the disease.

Each time people gathered around, very concerned about why we would do this to the trees.
It’s very impressive, all the leaves are cut and only a stump is left.
It’s a recent phenomenon, but all over the mediterranean area.

The film is 7 minutes long, and my friend David T.V. did a soundtrack that’s 40 minutes long, to give the film different readings, more comic or dramatic. 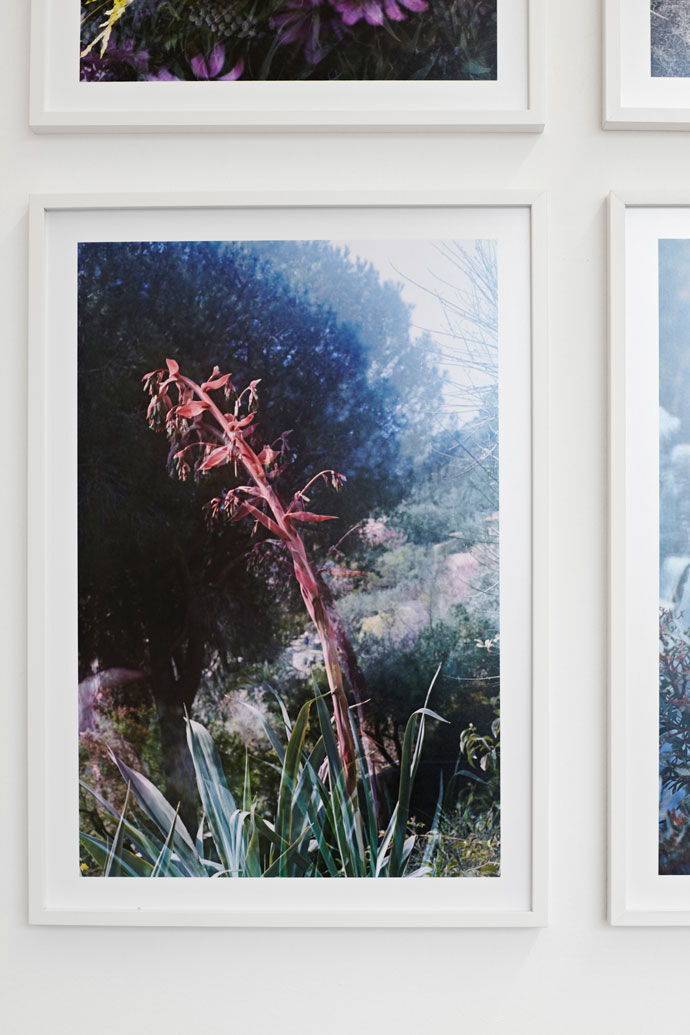 AA: Yagos wrote a short story for the catalog, how did the idea come along ?

CB: With Jean-Pierre [Blanc, Villa Noailles director] we were wondering how to accompany the photos, and we thought it would be good to talk about nature rather than about the photos themselves, and so naturally I thought about Yagos’ work.

AA: Could you define for me the term “homodiegetic” which appears in the texts describing the exhibition ?

Cécile Bortoletti: “homodiegetic” means an observation where the author is at the center…

Yagos Koliopanos: it’s a Greek word – “diegesis” is narration, so let’s say that “homodiegetic” is a narrative where the author is part of the story. It’s a recent litterary term.

AA: Are you “in” the narrative then ?

CB: in fact yes. i used to be against narrative, but I think it helps us better understand, and escape narrative itself.

There’s another very beautiful word in the text accompanying the photos, “serendipity.”

CB: it’s happiness and surprise at the same time. 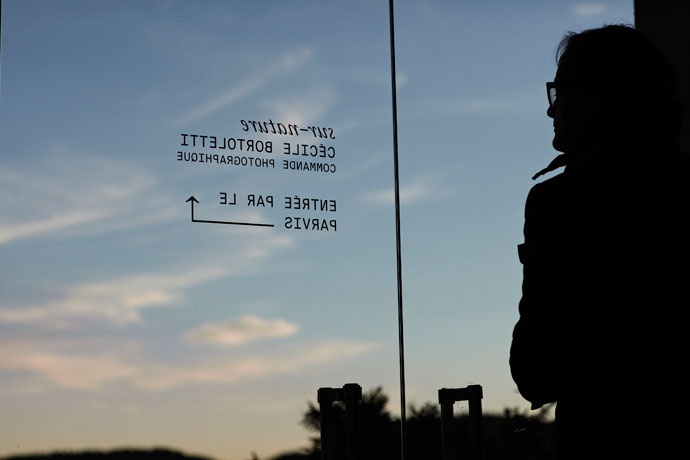 “Sur-nature”
by Cécile Bortoletti
until January 13 at Villa Noailles, Hyères.