The other day i was going through boxes of photographs between sheltering sheets of cellophane. I came across a reminiscence from a time when I was obsessed with polaroids:  a series of shots that I had taken from artist Leigh Bowery, in what was probably one of his last performances in late May 1994. 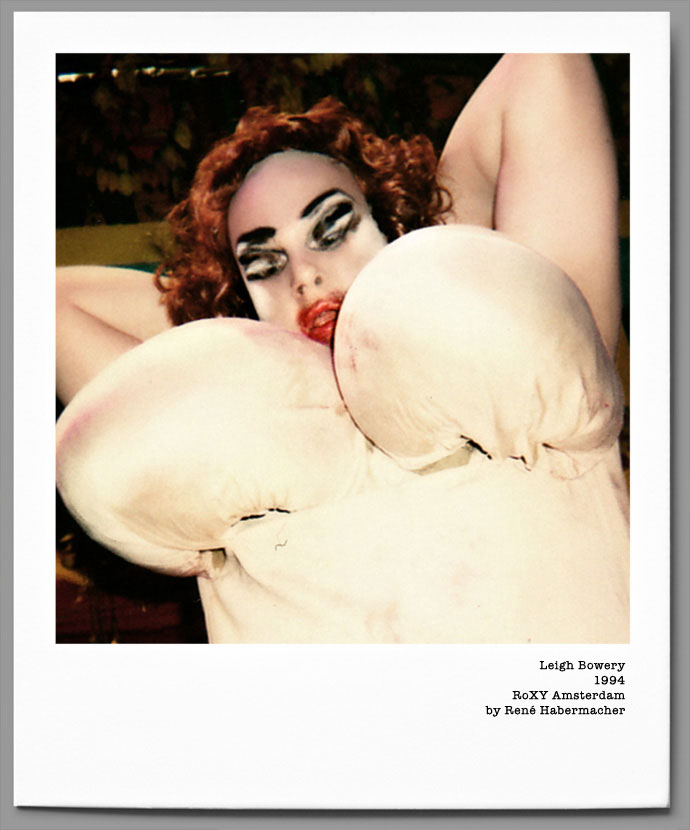 It was a party at the legendary RoXY club Amsterdam, with Boy George and Robert Owens on the turntables and leading clubbers Sheila Tequila and Stella Stein appearing, to the bemusement of the crowd, nude with pubic wigs only.

That Night Leigh Bowery presented his classc “Birth Show” together with Nicola Bateman-Bowery, whom he had married just 3 days before.
As usual for Leigh, the performance, an homage to John Waters “Female Trouble”, would attack the spectators sensitivities- which even worked for the notorious Roxy audience: Leigh would appear to enter the stage in what seemed a rather conservative flower dress to sing with his band Minty, but toward the middle of the song birthed his partner Nicola, who was held under his costume upside down using a specially-designed harness. Nicola then appeared as a very large baby covered in placenta.

Leigh died later that year on New Year’s Eve from an AIDS-related illness. A death bed pronouncement by “Modern Art on legs”, as Boy George commented, was: “Tell them I’ve gone pig farming in Bolivia”. 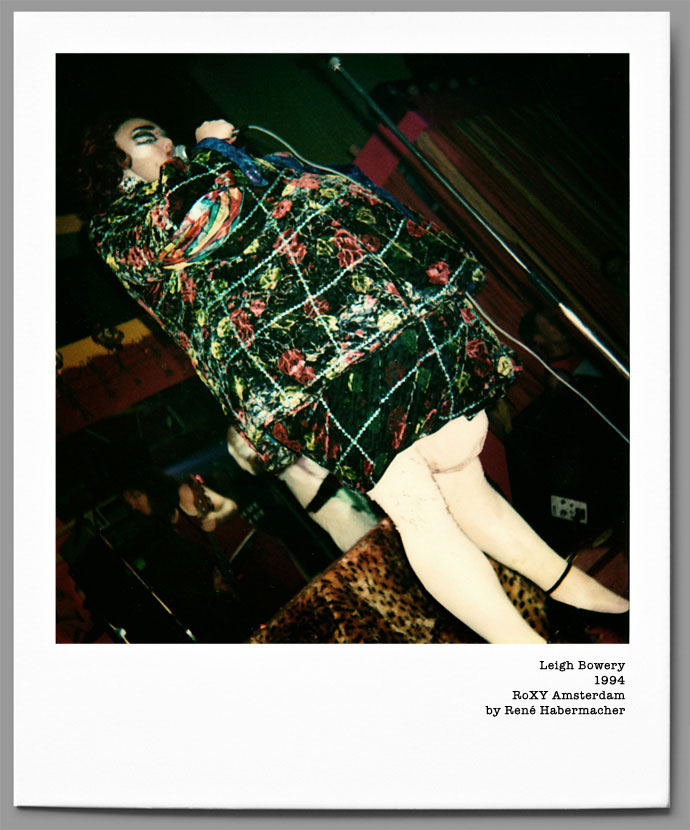 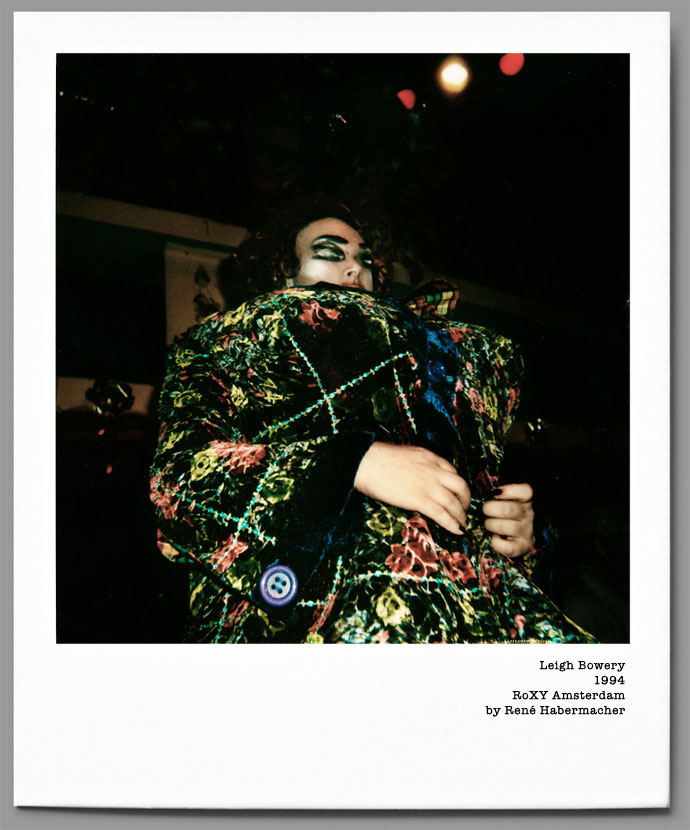 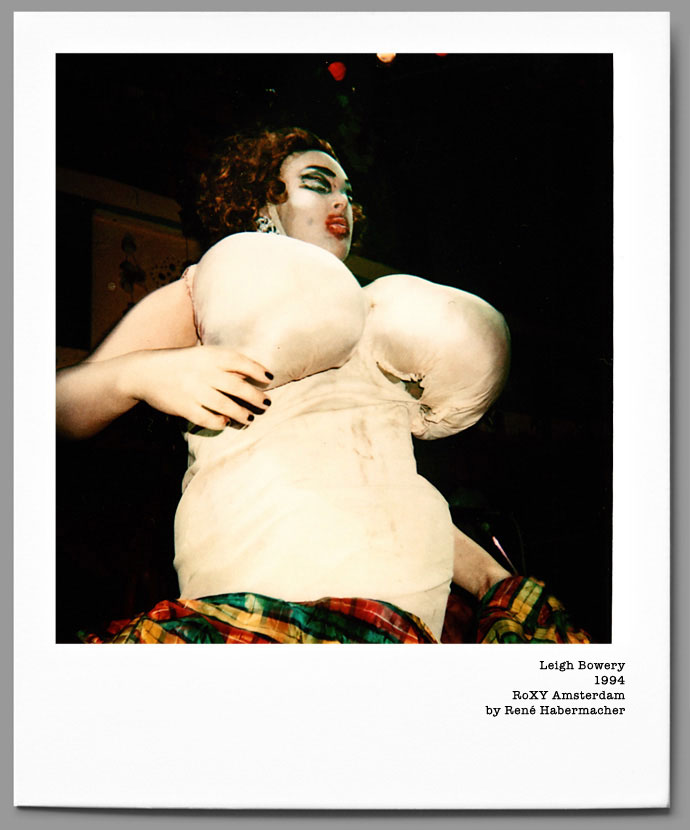 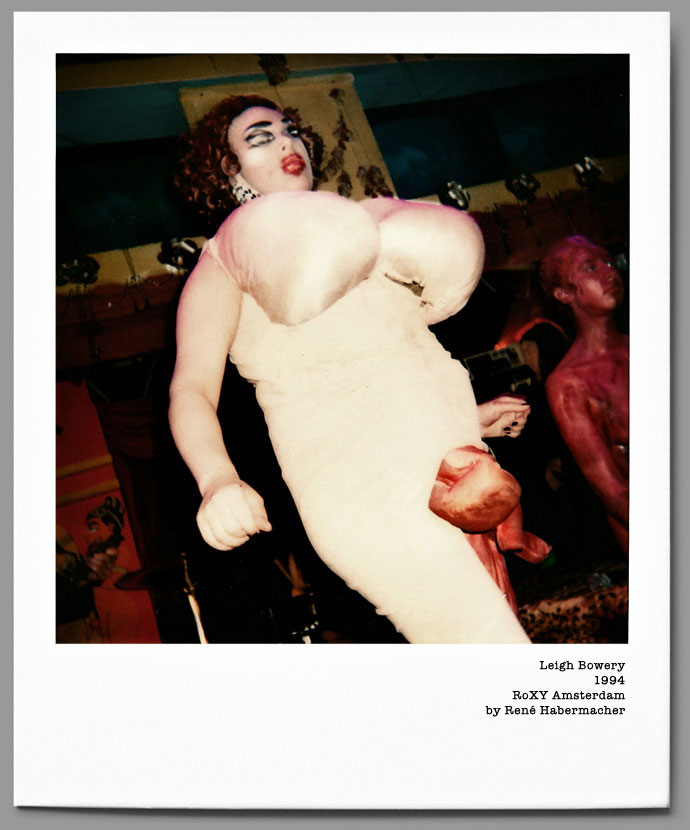 It was one of these Spectacles that made the RoXY’s infamous reputation. Not only a club, the RoXY was an Institution. A playground and battlefield for artists. While mingling among the glitterati and club kids of the time I recall seeing there first time the work of Inez Van Laamsweerde and Vinoodh Matadin on a flyer- or a toilet exhibition of Erwin Olafs photographs, an explicit series that was was by far outreached by what was going on in these restrooms…

Founder Pieter Giele’s Motto AB IGNE IGNEM CAPERE (one fire ignites another) came true some years later. The Club that operated from 1987 in a splendid old theatre on Prinsengracht went up in flames the day of Pieter Giele’s Funeral in 1999 and burned down to the ground. 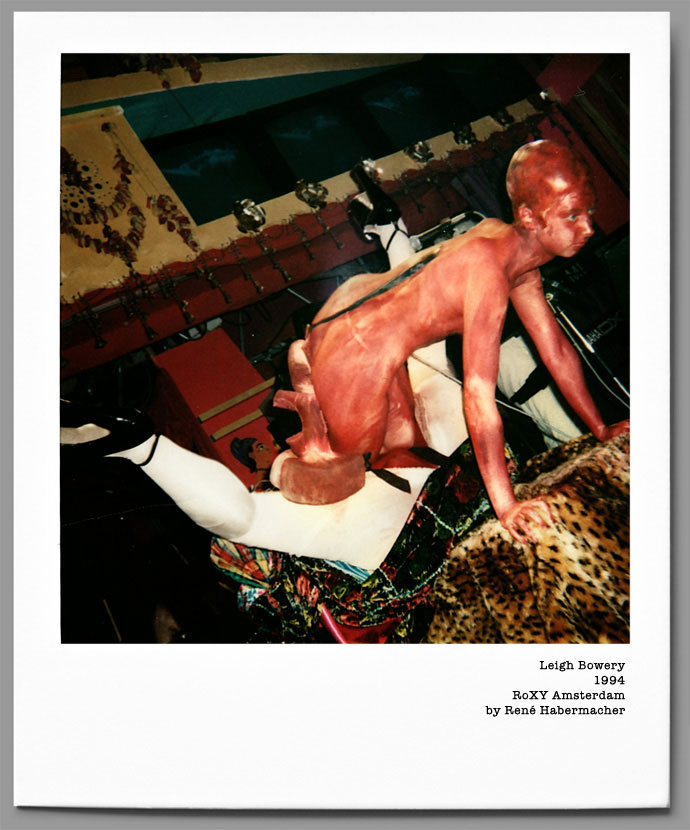 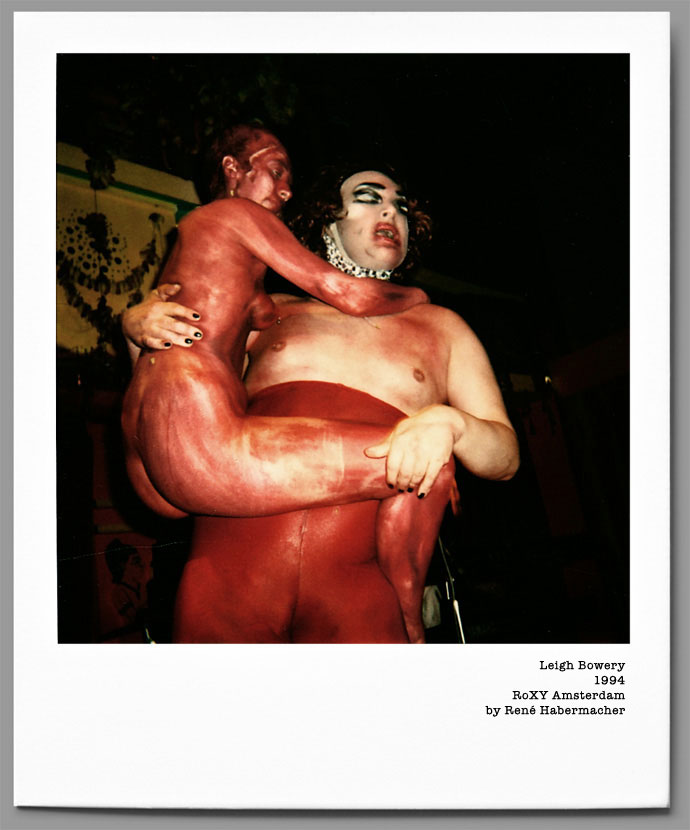 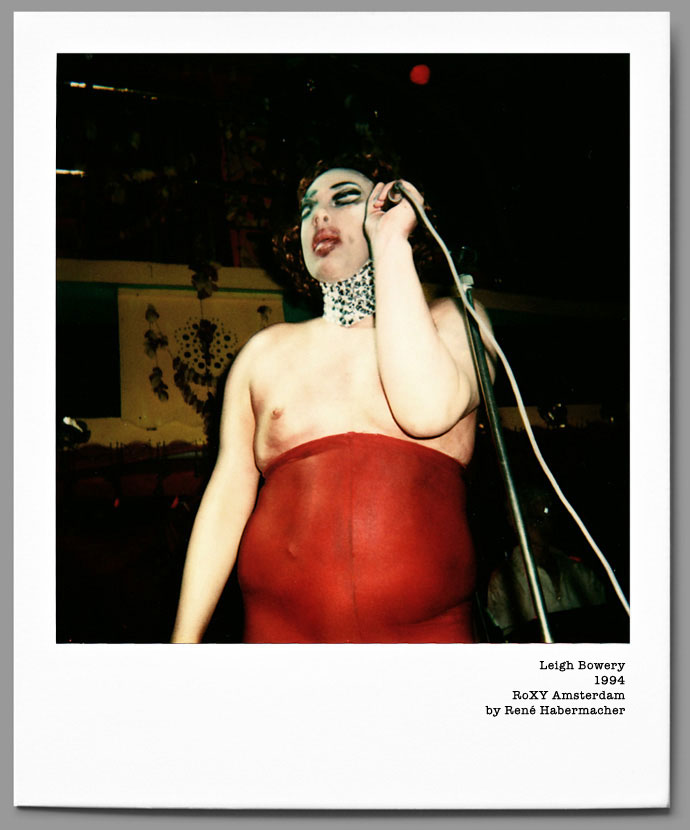 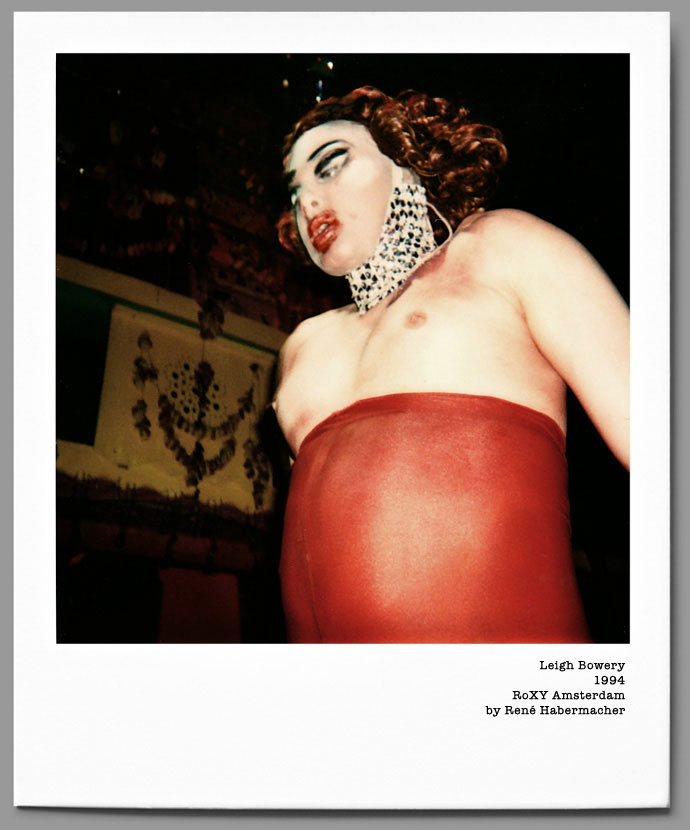 Leigh Bowery on stage with the MINTY. Polaroids by René Habermacher.

An exhibition of photos by the club’s photographer Cleo Campert will be on show later this summer at the LUX Photo Gallery Amsterdam from 18 June – 18 July: The RoXY Years / De RoXY Jaren
Cleo Campert: “In this show I emphasize the open sexuality and the indecent exposure which reigned in the famous night club RoXY in Amsterdam in the early nineties.”