Epic music, grandiose effects, Agyness Deyn and other supermodels in battlegear — Woodkid’s IRON music video seems at once surprising and classic in the way it mixes imagery and music. That’s probably because Woodkid is none other than Yoann Lemoine, a twentysomething, multi-awarded illustrator-turned-director.

He’s already worked with the likes of Richie Havens, Yelle, Katy Perry, Moby and Taylor Swift, done short films for kids, and been rewarded for a film about a dick graffiti… And now he’s releasing his first EP, IRON. 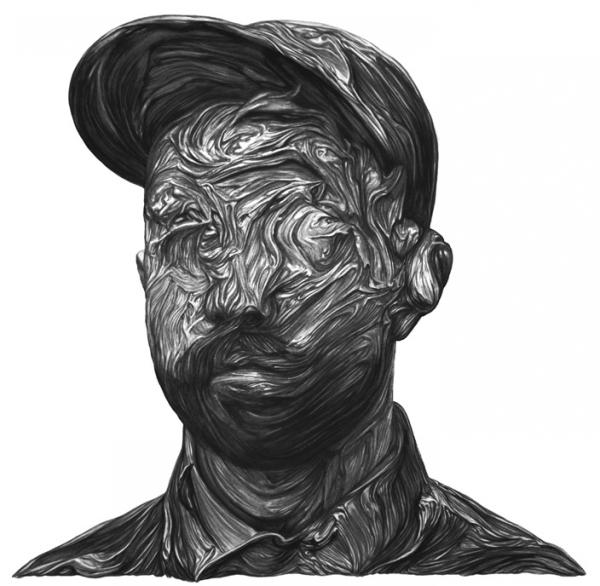 YOANN LEMOINE aka WOODKID: Not that strange, because as soon as I started the WOODKID project, I knew I wanted to make images, so it made sense with the video, and it was the first time I could make a movie and control all the parameters, with a budget and without at the same time being told what I could and couldn’t do. Being both the client and the director was a crazy opportunity, so I’m super happy with the result.

To direct and to make music is a bit similar, emotionally you are touching the same sensible points, it’s just a different medium of expression.

You have a material theme going on – you are the WOOD kid, the single is IRON, the tentative album name wood and CRYSTAL…

The project is always evolving, but I really like attention to textures, I made a film once on the texture of rocks, in IRON there is a lot of marble, black smoke.  I love looking at textures and the emotions they create. The color, the complexity, what they evoke, mystical and dark things.

So did the song or the visual come first ?

I’ve had an image in my head for this project for a long time, I wanted to make a statement about heroic fantasy, not in a kitschy, elf and trolls way, but to explore what Tolkien, Final Fantasy,  and Matthew Barney did. How you create a world with social codes, in a documentary sort of way, with specific imagery, dogmas, political parties, currency, dresscodes, ethnic groups, races, geography… How you recreate these codes in a parallel world. And how to do this in a way that is less cheesy than we are used to seeing in heroic fantasy, more intellectual…

You once said on Facebook (laughs) that you were afraid that one day you would have to make a choice between music and directing, do you still believe in that ?

If I have to choose, it will be a matter of scheduling.

So a temporary choice ?

Temporary but… you never know how things evolve.

I come from illustration, and a series of circumstances led me to move to directing without ever deciding “I’m quitting illustration”, but I never came back to it… I just never had the occasion to do it again, a road built itself in another direction.

How did you make the transition between illustration and film direction ?

First it was animation films for kids, because I come from 3D, then I felt the need to make live films, with actor direction, a quality of photography, so I bought myself a camera and started making my own films. Then it turned into commissions, and I transmitted into real shooting my desire to compose images and artistically direct scenes….

At first jobs were appealing to your 3D and special fx know-how, but now on the Taylor Swift video you had no post-production special effects…

It’s all experimenting. What I’m trying to do in my career and in my artistic development is to reconcile a beautiful image, detailed and in good taste, with fashion references, in the air of the times, that people want to see, with a type of narration usually seen in Hollywood films. Postproduction effects, a bit WOW, symbolic narratives with visual trips… It’s part of my identity.

But I’m no Gondry either. 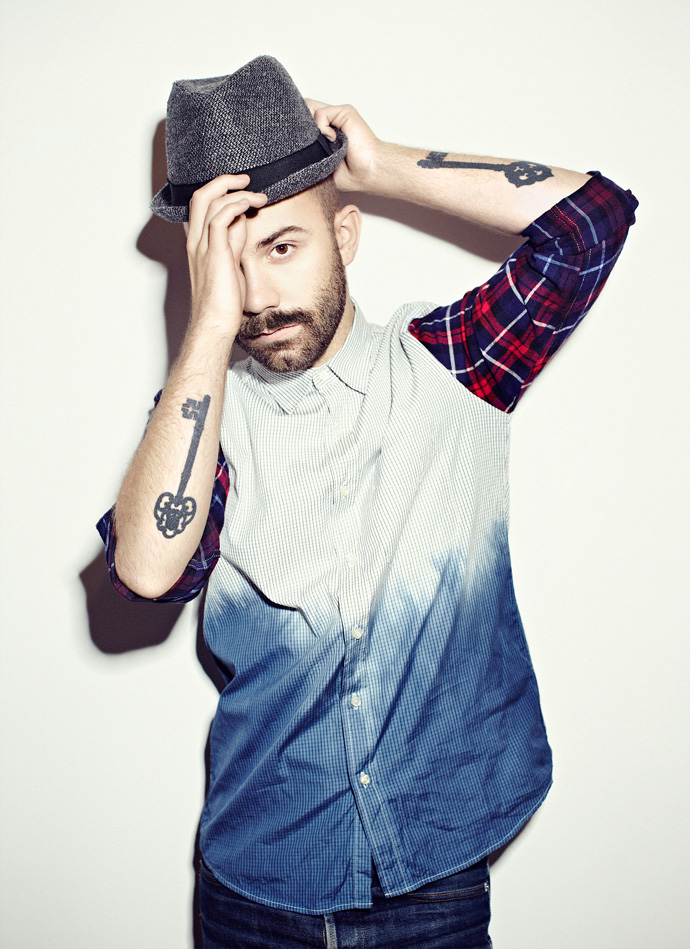 It’s as if there were different Yoann Lemoine signature looks – the 3D look, the natural video look, the fashion film look…

Less and less… What’s complicated, is that at some point you ask yourself “who am I ? what am I trying to say ?” and you realize that in everything you did before, when you were in the insouciance of discovery, you were leaving hints about what you wanted to do next. You did it in the moment, visions, and then you see it’s all linked, and little by little it becomes more uniform and it’s a battlehorse, that can take many forms, but always with a certain common ground. That’s what I believe will be my common ground — a relationship between a beautiful image and the impact of effects that you’re not used to seeing in fashion film or music videos. An important array of means but not used a cheesy hollywood way.

And yet you’re not exactly anti-Hollywood…

There’s good and bad in everything.
What I like in a fashion film is the demands of the image and its actuality.
In a Hollywood film, it’s the power of visual effects.
Together, it makes an unlikely mix.

How do you think having made your own music will affect your relationship with the artists for whom you make music videos ?

Well what’s changed already is that I have a lot less time so I can’t accept as many things, so I turn down a lot of projects. And I’ll only do projects that I’m really into and are in the path of the visual statement I’m trying to make. So right now my own music videos are my priority, it comes before anything else, because they’re the films where I have the most means of expression.

I started 5 years ago… it takes some time… IRON was an old demo, which was completely turned upside down and re-worked, the lyrics changed 3 or 4 times, it had all the names you could imagine – TWO TIMES then TOO BAD…

Music takes a lot of time.

It started with Richie Havens offering you a ukulele….When did you know that music was more than a hobby ?

It came really little by little. At first it was kind of a joke, then I realized I loved singing, that I had a voice… People around me supported me…Things happen quickly, but not suddenly. It’s not an overnight process.

You trained quite a lot to play live, was it a shock for you ? When you’re used to 3D and illustration which are very studied, or even live shooting where you can do multiple takes…There’s no takes in live performance.

I actually did some theater when I was a kid, so I was used to the stage. I lost it but regained it very quickly.  I was very happy to re-discover this feeling of peril and excitement, of real and immediate stakes, which you don’t have in film.

You can tell that the music video is a personal project, but how about the music itself?

I want to avoid going too much in personal songwriting, I prefer having more epic and mystical things on the album. I feel like transposing my universe in a unique world, accessible through music. Even though a lot of the material relates to love in a covert sort of way, I keep my distance.

So this video is for the EP, what’s next ?

We’re waiting to see what the response is. This video has been 7 months of hard work in the making, it’s drained me completely. I see the projet as a fresco, so what I can assure you is that we will continue the imagery, it’s only the first episode, and I will develop what I have to say, trying to have returning characters.

But right now I can’t say if the next video will come from the EP or from an independent single before the release of the album.

Let’s be optimistic and say it will come out before the end of 2011.

What’s the last thing that stimulated you ?

You want to make a feature film yourself, right ?

Yes I’m working on it, still writing – homosexuality, violence, USA, 80’s/90’s — it touches about topics which I appreciate. I’m working with a writer who’s injecting many 90’s references, especially on a musical level, which help me situate the story in a real context. I would like to film this project in the USA before 2013.