Ari Marcopoulos does lie, or does he really? His photographs carry a signature that one may call honest and this what intrigues the most. 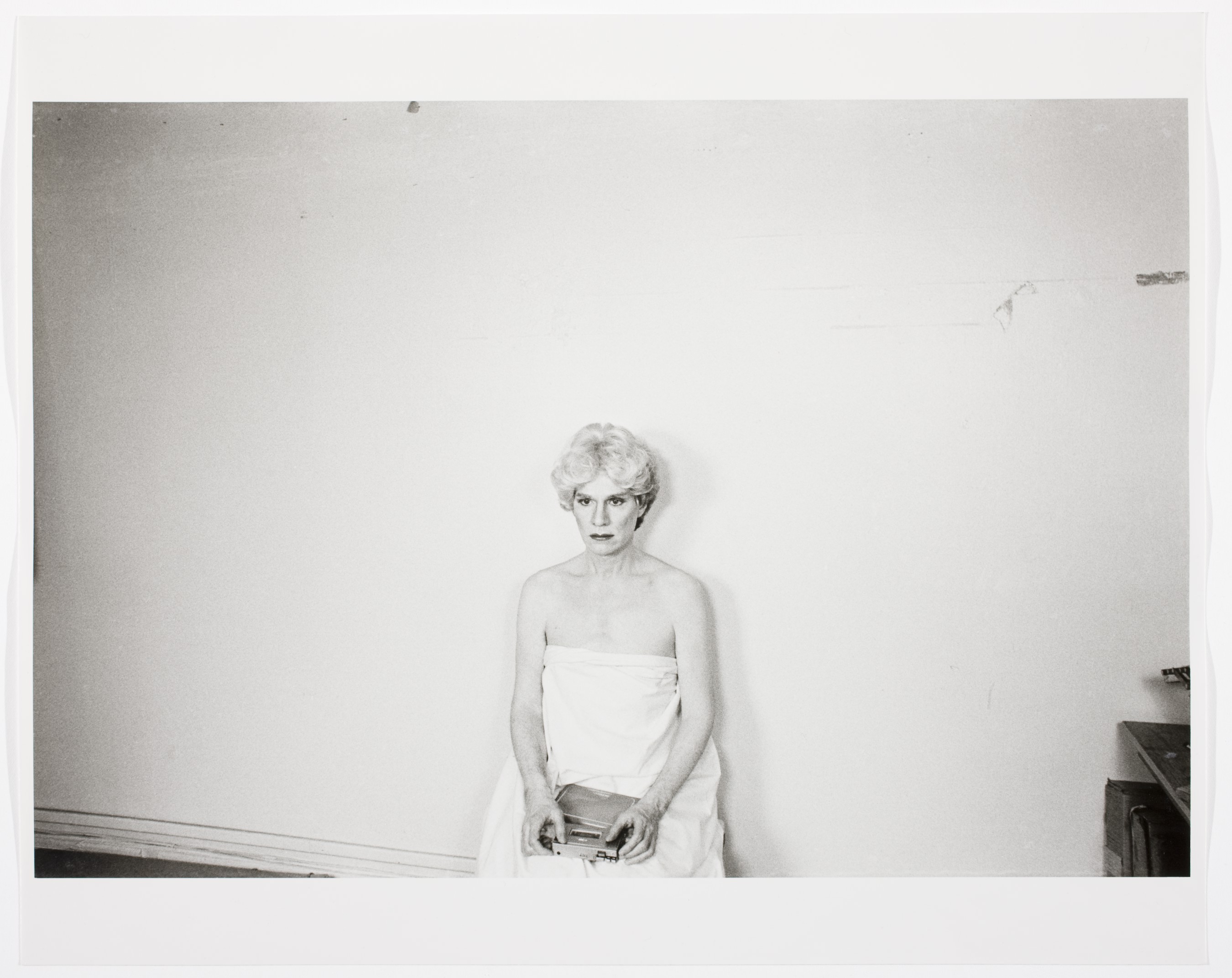 Through the years of his career, as a serpent does, Ari changed his skin several times, revealing a new and shinier one. What he creates is not about glitter but on the other hand, it may be. Keeping in mind the collaborations his shared and the encounters he found along the way, including Andy Warhol, Basquiat… indeed there are several shiny stones marking his footsteps. Since the early 80’s, Marcopoulos has been photographing the reality of the American culture and all its siblings. Mainstream or not, his pictures and films are out there marking the period we are in. And although his work has often been a subject of surveys by several universities around the world, Ari doesn’t feel a nomad.

This is what he told me while preparing his three new major projects: the camera bag he designed for INCASE along with a limited edition book of unpublished photograph (Now is Forever), a show at the Confort Moderne and finally a movie featuring the Y.S.L collection for SS 2011…. 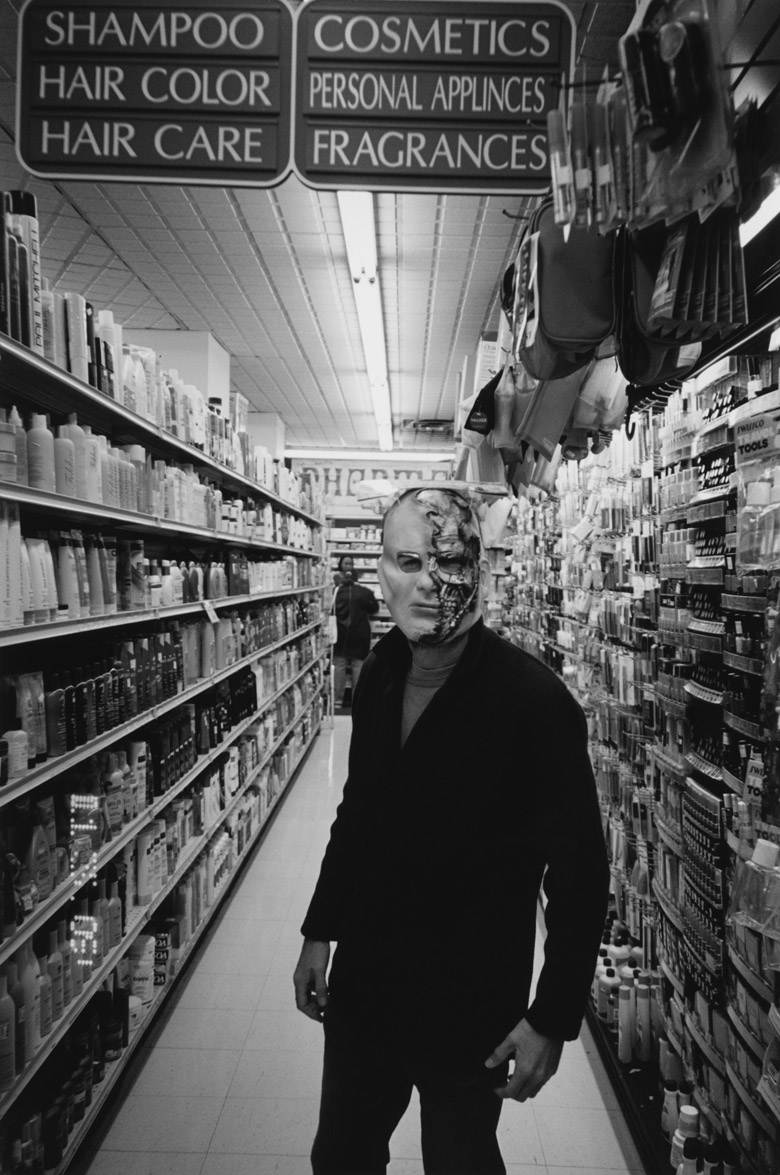 FilepMotwary : Ari, where does this interview find you, work wise and personally? What are you up to?

Physically it finds me with a very bad cold in my bed at home in California. Work wise is always varied, I am in-between assignments. But I am working on new books and sorting out an installation at the Kunsthalle in Vienna. Preparing for exhibitions in early 2011 in Paris and San Francisco. Personally is a hard thing to talk about. Life seems to constantly provide challenges

FilepMotwary : Where you surprised that a Greek magazine contacted you?

No, not really. It is not the first time and after all I have a Greek name so maybe it makes sense that there is interest from Greece.

FilepMotwary : Can you talk about your origins?

My father is Greek, he was born in Egypt but both his parents were Greek. He was a pilot and he moved to Holland when KLM needed more pilots then they could train in Holland. So they looked for foreign pilots. My dad came to Holland and met young Dutch model, my mom, and that was it. He married her and settled in Holland. So my two brothers and 1 sister were born and grew up there.

My father always stayed closely connected to Greece so we spent all our vacations in Greece. I have many memories of being in Greece

FilepMotwary : Considering the fact that you left Holland as a young man, moved to N.Y and then to California…Also that you give all the time needed (years even) for a project to be completed, being far from home; can someone call you a nomad?

Nomad comes from Greek. Something about people who herd animals. So they move around. Well I guess one could call me a nomad, but I also have a permanent house, I don’t think in the strict sense of the word you can call your self a nomad if you have a permanent home. But of course I travel a lot and it seems I spent more time away from home then home so in that sense I have a nomadic life style, but I am not really sure if nomads stay in hotels and take planes. I think that I would say that if we were to call me a nomad then we would have to add to the definition the group of people in the art/fashion world that travel the globe to get things done. And I think that we really don’t deserve the word nomad then.

FilepMotwary : O.K… So you think you give more from what you are asked to give at work?

I am not sure. Sometimes it is not clear what is asked for. But I always try my best and often it exceeds expectations.

FilepMotwary : Ari, what always impresses me, is the way you photograph, or direct. I wish to hear your own ritual and explanation of your work.

I don’t use much direction when it is not needed. Things sort of flow I think.

I approach everything from the point of view of how one moves in life. I feel I have a pretty direct way of making images. My photos are my language I think.

FilepMotwary : And how are you psychologically when starting a project?

I don’t know. I am not sure that I work on projects these days. I just capture things here and there that occur in my life. When I do assignments sometimes I can be a bit nervous because I might feel a bit outside my element.

But when it comes to my own work I feel whatever I feel at the moment and that perhaps dictates what I choose to photograph.

FilepMotwary : What you do is divided in different categories: photography, film, literature, and the philosophy of art. How can someone do it all so good?

Mmmmm. I am not really sure. The categories come from you and I think it is beautiful that you see so much, but for me all my work is one. I made a lot of books where I used old work and new work together because I felt that it was all connected. Now lately I am just dealing with new work. All the books I have coming out in the next few years are new work. Also the zines I am putting out now are new work. I think all the categories you mention are part of my influences so maybe that’s how that finds itself back into the work.

FilepMotwary : Also the very masculine perspective you give out each time. What is the difference between a man and a woman apart from their genitals?

FilepMotwary : Your sons have often been the subjects of your work. What is your relationship with them, today? How old are they?

They are 18 and 15. They are my sons and my friends. I love them and they love me. They are the most wonderful people. And recently I was blessed with a daughter who is now seven months old. So maybe in a while I can answer your previous question better

FilepMotwary : How different is the fashion/art scene today compared to when you first started?

I think there are more people involved. Also maybe more money involved too.

Of course there is a lot of great art out there. But I am just not sure that it always gets to the places where it really should be seen.

FilepMotwary : How do you always manage to give out work that looks like a significant reference point?

I am just putting out my language my way. So I think in that way it is unique. Now if it is a significant reference point is not really up to me.

FilepMotwary : What do you read at the moment?

“You are not a gadget”

Unfortunately I do, I even lie to myself sometimes.

The conversation between Ari Marcopoulos and Filep Motwary is featured in the second edition of DAPPER DAN magazine issue 02. Dapper Dan is a publication focusing on men’s fashion and philosophy…