For many years now I’ve had this image permanently burned into my retina, visions of a kids’ television show centering around a giant TV screen-cum-arena showing video games in which people would “dive”.  But it seemed so ancient that I couldn’t really identify its source…

With the recent obsession with Tron, and the upcoming opening of the Gaîté Lyrique digital center in Paris (more on that later), this visual memory of mine has resurfaced… 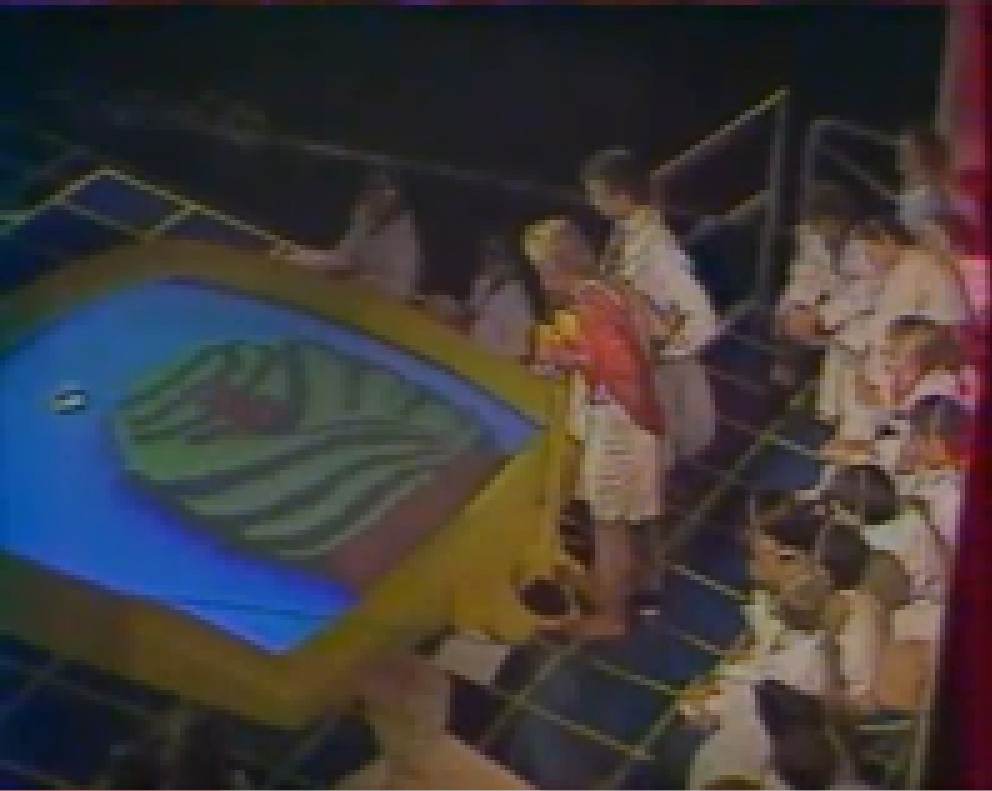 For better context, imagine that Starcade, the first video-game related TV show premiered in the USA in 1981,
TRON was released in 1982, and the NES didn’t go west until 1986…
I was 4 years old when I saw PIXIFOLY, and yet it got stuck in my head.

The basic premise of PIXIFOLY was “TRON, for kids, in front of a live audience, every week.”
Every wednesday afternoon, an audience composed entirely of children would gather on the set with the show’s hosts, facing a giant screen set into the ground.
One of the hosts would step onto the screen and be immersed into a videogame world full of adventure. 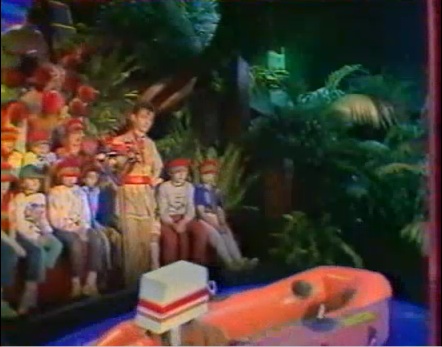 Each episode used a different videogame, a real game made for the consoles of the times – Commodore 64, Spectrum ZX, Atari, etc. – and showed the hosts “playing” with it using a giant pogo joystick.  But because at the times videogames were a bit of a marginal subject, especially for the number one public channel in France, videogaming was not the core of the show, just a cutting-edge way of mise-en-scène for a kids adventure show:

Not only were the credits one of the first 3D (“images de synthèse”) sequences at the time, but most of the show relied on the revolutionary Paintbox graphics postproduction system to mix live footage of the hosts with game footage.  Space invaders, scuba diving, kung fu fighting, Aztec adventures — the video game was but a starting point on which the producers built their storylines, adding extra characters, costumes and props into the mix. The favorite trick would be to have the characters “fly” on top of flight simulator backdrop.

In a way, the video game was a cheap, ready-made set for the PIXIFOLY adventures.

Watching some of the excerpts, I couldn’t help but think that some of the more “creative” episodes were almost hallucinogenic, but also wondering what it must have been like to be one of the kids in the audience. Video games felt intimidating (I remember urging my cousins to play the NES for my entertainment, terrified at the idea of playing myself) so I imagine it wasn’t a  problem for the kids to watch the hosts “play” for them.
The show’s most exciting parts, however, were the moments when characters would enter or emerge from the screen — moments which were never experienced live but fabricated afterwards with keying and blue screen techniques. 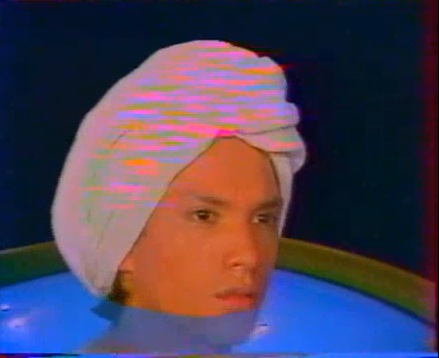 How disappointing it must have been.
Today, we are accustomed to special effects, to the televised experienced being superior to the live experience.
We expect things we experience to be re-cut, re-mastered, enhanced.
We don’t even need to pull back the curtain to know there is a Wizard of Oz manipulating the scene.

But in1983, as jaw-dropping as it was to see PIXIFOLY on TV, as a live event it was probably a first step on the road to disenchantment.